DoubleVerify Debuts Industry-leading In-Feed Brand Safety and Suitability Solution on Twitter DV is excited to announce the expansion of our Twitter partnership to include brand safety and suitability measurement, providing advertisers with transparency into in-feed, user-generated content. DV now allows advertisers to gain clarity and confidence in their Twitter investments as well as leverage the same insights across other large platforms, publishers and the open web.
Read the Release
Back to Leadership 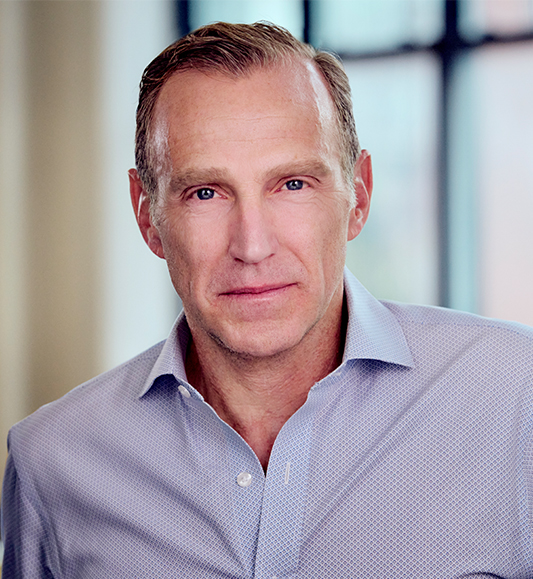 Mark joined DoubleVerify in 2020 as Chief Executive Officer, responsible for oversight of global company operations, expansion into new markets and strategic product innovation – including DV’s CTV/OTT video capabilities. Mark brings over two decades of digital marketing and advertising technology leadership experience to the role, with expertise in CTV/OTT, data analytics and digital advertising optimization. Prior to joining DV, Mark served as the CEO of Telaria (NYSE:TLRA), where he was instrumental in establishing the business as the leading video and CTV monetization platform for premium video publishers. At Telaria, he led consistent growth in revenue and enterprise value, and spearheaded the company’s successful merger with Rubicon Project (NASDAQ:RUBI) – resulting in the industry’s largest independent sell-side advertising platform. Previously, Mark served as CEO of eXelate (Deloitte's 2014 fastest growing tech company in NYC), where he led the sale of the company to Nielsen and subsequently assumed the role of Executive Vice President, launching the Nielsen Marketing Cloud. Prior to eXelate Mark held C-Level leadership roles at local digital media pioneers WorldNow (acquired by Frankly) and MediaSpan (acquired by Naviga). Mark earned his B.S. in Finance from Gannon University, where he also holds an Honorary Doctorate and his M.B.A. from the University of Rochester’s Simon School of Business. He has been named one of AdWeek's Martech Superstars, Cannes Lions Judge and an E&Y Entrepreneur of the year Semi Finalist.

Sustainability in Advertising: How Brands Are Leading the Way to Lower Emissions