Read on for a detailed analysis of trends across hate speech, inflammatory politics and news and content surrounding the top 10 midterm voting issues (per Pew Research) during election week.

Although the rate of High-Risk Hate Speech generally decreased overall across all states, this past week did see one very pronounced spike evident over November 10 – November 11. This spike coincides with news following the U.S. midterm election results, as well as Phil Knight’s announcement that Nike was ending their sponsorship deal with Kyrie Irving over a video he posted with anti-semitic disinformation. 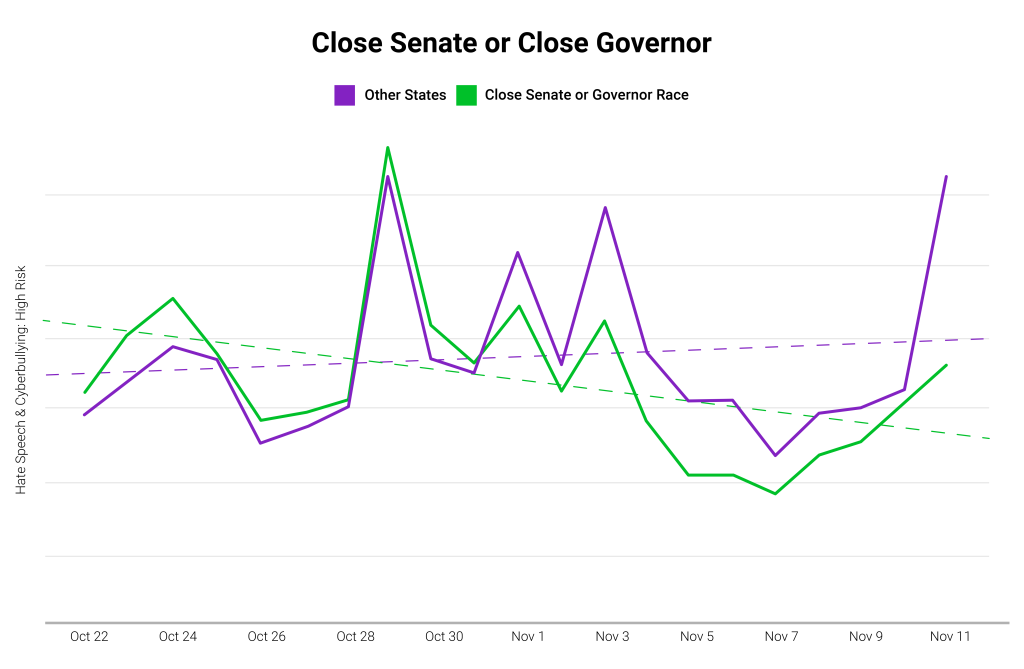 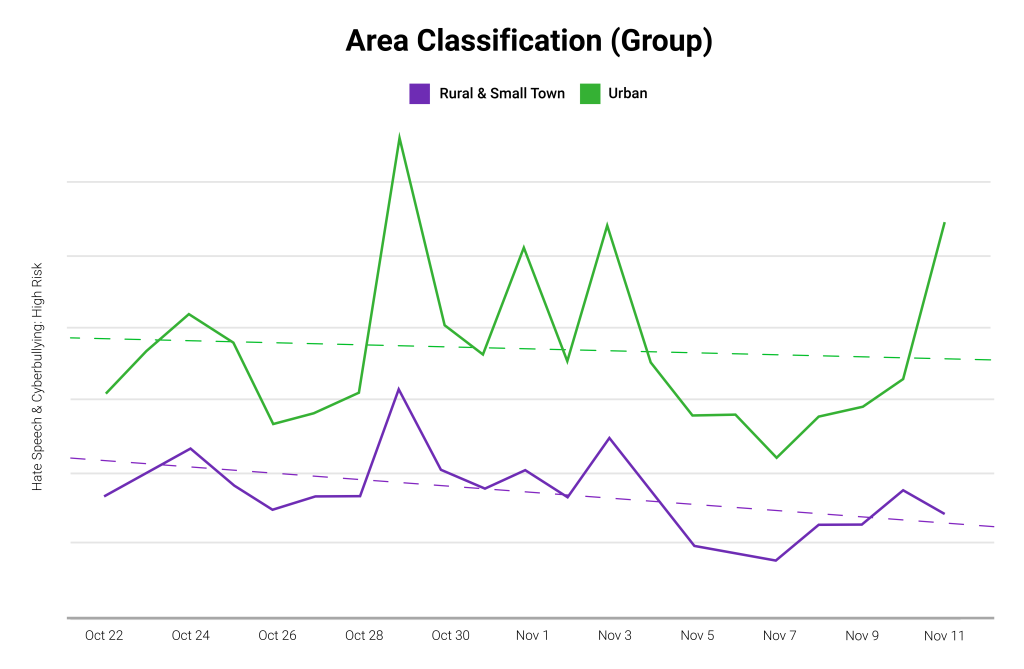 During election week, abortion content was once again the most prevalent topic with DV-tracked midterm election content of the top voting issues (per Pew Research). The percent pages mentioning violent crime decreased to 25%, from 29% the week prior, but this remained the second most prevalent topic for the second week running. And the percentage of pages mentioning the economy ticked up to 24%, from 20% the week prior.

As the Georgia Runoff and 2024 Primaries Approach

Although the U.S. midterm elections are over, the Georgia senate runoff will be held on December 6 and primary races for 2024 are already being discussed. The DV Election Task Force will continue monitoring the situation in real-time. And in our next installment, the Task Force will take a look at data across Georgia.