Read on for a detailed analysis of these three trends and a look ahead at what to expect in the weeks leading up to the Georgia run-off election. 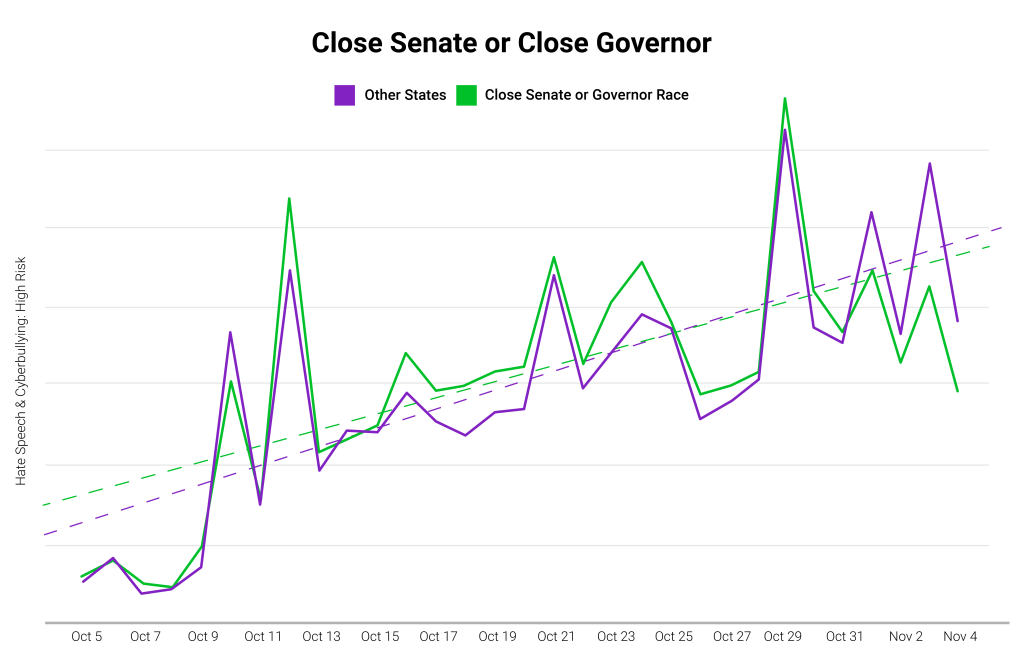 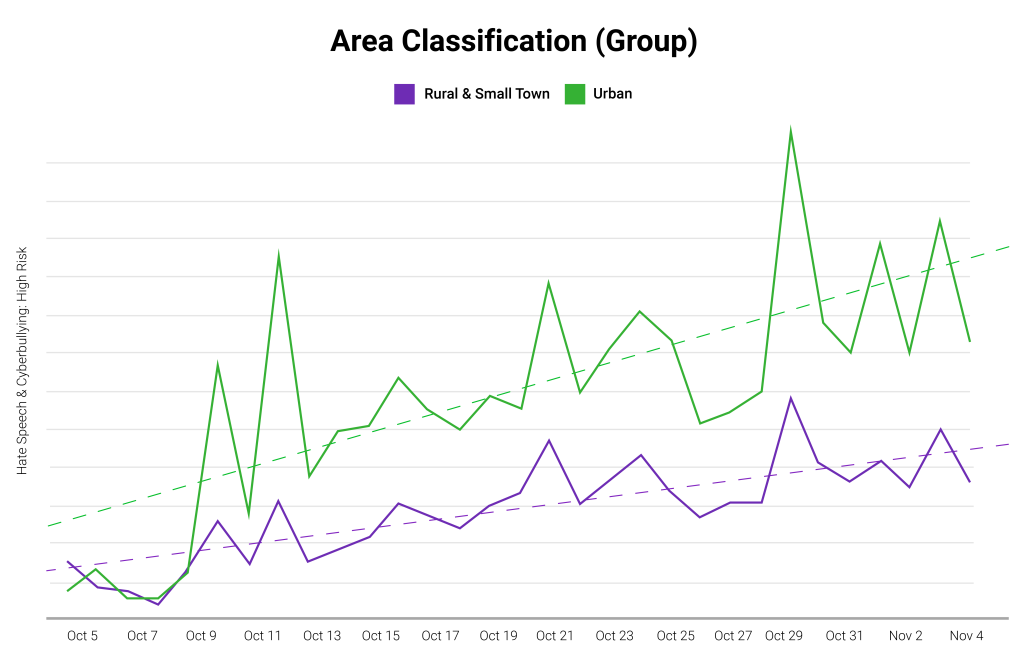 The consistent rise of High-Risk Hate Speech rates reflect a volatile news cycle – one that may persist as the Georgia run-off approaches. The DV Election Task Force will continue monitoring the situation in real time. And, beyond the Georgia run-off, the Task Force’s work will continue in preparation for the upcoming primaries and general elections in 2024 and monitoring Inflammatory Politics and News and High-Risk Hate Speech rates.