The most recent spike driving this increase in High-Risk Hate Speech occurred between October 23 – October 25. This seems to coincide with the news leading up to Adidas terminating its partnership with Kanye West (now legally known as Ye) on the 25th. A short clip of West taunting Adidas emerged across social media networks and calls for Adidas to drop West preceded this news.

The increase in High-Risk Hate Speech rates in states with close Senate or Governor races was at parity with the rate seen in all other states. The rate for both subsets between October 22 – October 28 when compared with October 5 – October 21 was 45%. 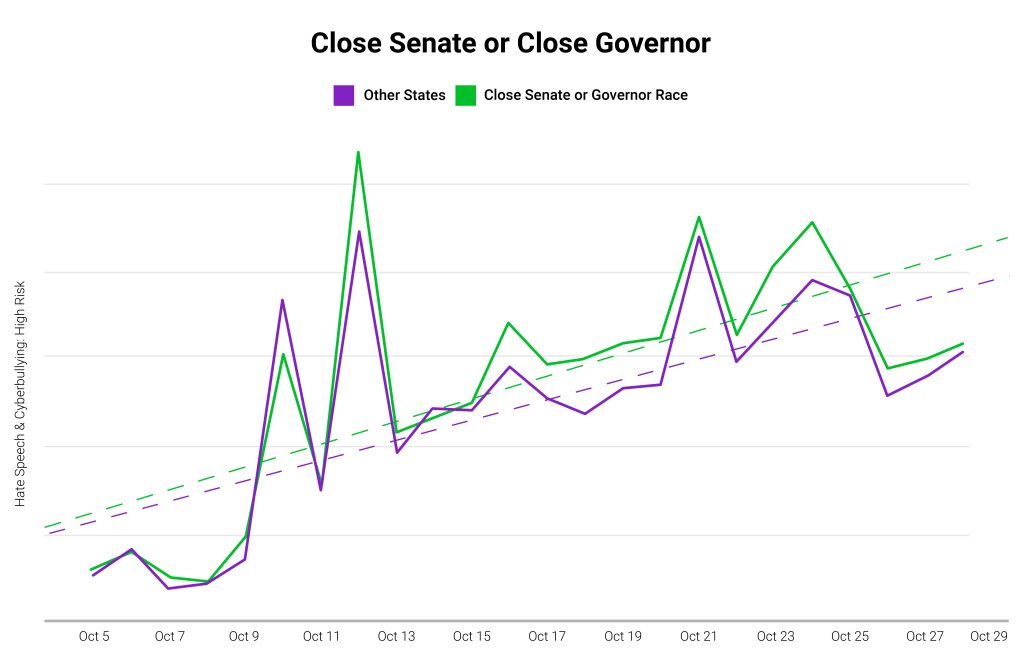 Although the rate of High-Risk Hate Speech content remained even across states with and without close midterm races, urban and rural areas saw vast differences.

When analyzing the rate of High-Risk Hate Speech among urban and rural subgroups, the previous disparity persisted. Although the rate of increase across these two subgroups was similar, with urban areas seeing a 45% increase and rural areas seeing a 44% increase, the actual rate of High-Risk Hate Speech is 85% higher in urban areas when compared with rural areas. 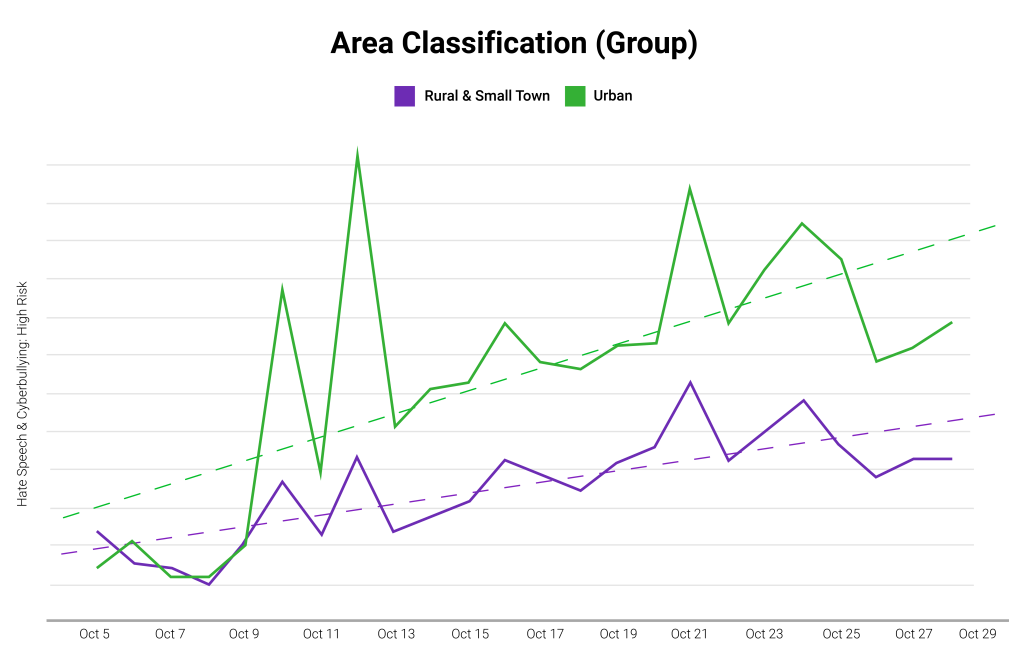 Supreme court appointments continued to appear frequently among Inflammatory Politics and News pages, ranking fourth this past week at 5.49%and narrowly surpassing abortion at 5.25%.

The latest geographic ranking of High-Risk Hate Speech and Inflammatory Politics and News by rate during the week of October 22 – October 28 shows Mississippi and Wyoming with the most in each category respectively, which is a continuation of the patterns DV observed during October 5 – October 21.

What to Know As the Midterms Draw Closer

The continued rise in content in the High-Risk Hate Speech category suggests how volatile the current news cycle is. The DV Election Task Force is monitoring the situation in real time. If you have questions about brand safety and suitability as it pertains to the election news cycle, please reach out to Sales@DoubleVerify.com.