High-Risk Hate Speech rates across all states nearly doubled during the weeks of October 5 – 21 when compared with rates seen over the late summer and early fall (August 22 – October 4). Although DV’s inaugural election task force blog detailed rising rates of hate speech and inflammatory content that includes disinformation, this surge suggests a particularly volatile news cycle may be setting off a cascade of incendiary content. The analysis below provides an overview of the trends emerging as the midterms approach. Please see the appendix for a full list of definitions of terms used throughout this post and notes about DV’s methodology.

DV saw four distinct spikes of High-Risk Hate Speech occur on October 10, October 12, October 16 and October 21. These spikes coincide with confirmation on the 10th that Twitter banned Kanye West (who is now legally known as Ye) following anti-Semitic posts; the ruling on the 12th in the Sandy Hook defamation case that Alex Jones must pay $965 million in damages; the final January 6 committee hearing, which was held on the 13th; and the official subpoenaing of former President Donald Trump on the 21st. 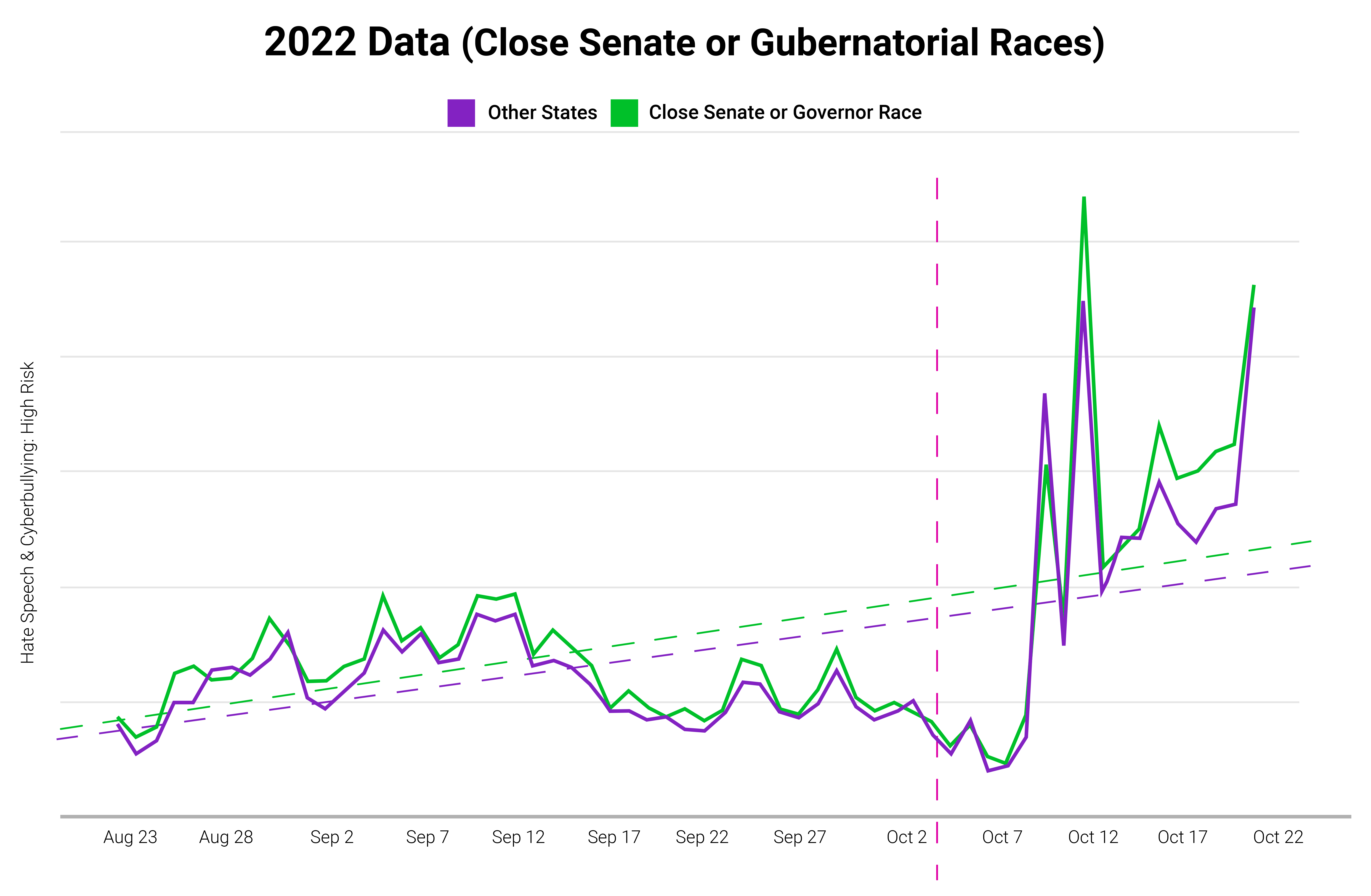 The overall rate of High-Risk Hate Speech rose by 95% during the weeks of October 5 – October 21, but a stark difference emerged between urban and rural areas, which DV defines based on the rural-urban commuting area code (RUCA) classifications from the US census. For this analysis, areas designated by RUCA as metropolitan and micropolitan, according to the RUCA are grouped as urban while the remaining areas are grouped as rural. 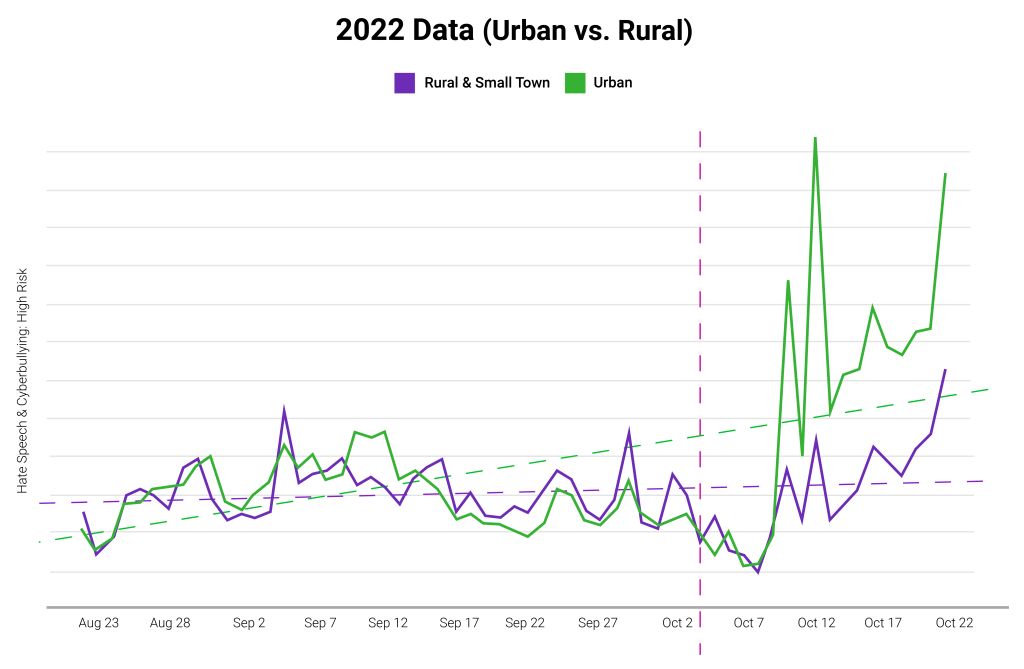 Abortion remains the most prevalent election-related topic among those DV is tracking based on categories from Pew Research (described below), but it has begun trending down the past two weeks. And while Supreme Court appointments were the second most prevalent issue tracked the week prior (32.55% during October 8 – October 14), this has now dropped to fourth on our list (17.25%).

The latest geographic ranking of High-Risk Hate Speech and Inflammatory Politics and News by rate during the weeks of October 5 – October 21 shows Mississippi and Wyoming with the most in each category respectively.

What to Know As the Midterms Draw Closer

This week’s findings – particularly the spikes in High-Risk Hate Speech – underscore just how unpredictable an election news cycle may be. To help advertisers keep up with new issues, the DV Election Task Force monitors election and political content around the world in real time. If you have questions about brand safety and suitability as it pertains to the election news cycle, please reach out to Sales@DoubleVerify.com.