Unprotected Inventory at Risk
As digital video and streaming viewership continues to skyrocket, so too does ad spend. Globally, spending on online video will reach $62 billion this year,1 while CTV investments will approach $17 billion.2 The holidays, in particular, drive a spike in spend and engagement. Correlated with this trend, DV has seen a significant rise in fraudulent traffic on online video and CTV since mid-October.

In a sampling of unprotected programmatic inventory, DV determined that as much as 6.6% of “video” ads and 18% of “CTV” ads were actually fraud or SIVT.

“The adage holds true, fraud follows the money,” said Mark Zagorski, CEO at DoubleVerify. “The more in-demand and premium the inventory, the more likely it is to attract bad actors. In addition, while fraud normally peaks in Q4, we have found that the volumes this year are already higher compared with Q4 of 2020.”

Streaming Schemes Spike
With spend and engagement on the rise due to the holiday season, DV has identified a spike in two streaming fraud schemes that have been attempting to spoof billions of ad impressions since they began to operate in 2020.

LeoTerra – Uncovered by DV in July 2020, LeoTerra is an SSAI fraud scheme in which fraudsters set up counterfeit SSAI servers and then manufacture CTV inventory across an unlimited number of apps, IPs and devices. DV has found that LeoTerra increased activity with the start of the 2021 holiday season, falsifying up to 20.5 million unique CTV devices per day — over 20x more than the volumes detected at the end of Q4 2020, and nearly 40x more than the last three months’ average. 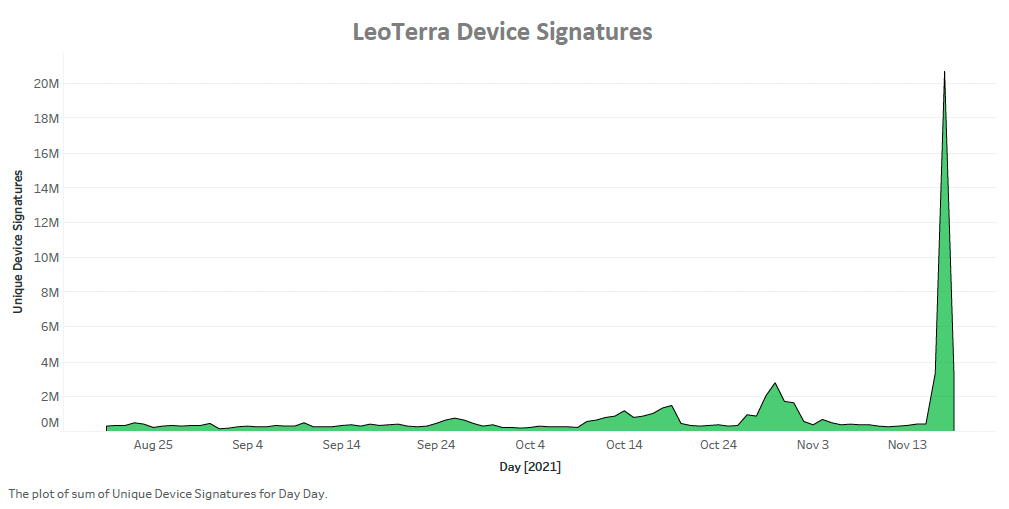 CelloTerra: Uncovered by DV in March 2020, CelloTerra is a mobile fraud scheme in which fraudsters use mobile apps to run background ads and falsify CTV traffic. The scheme has tripled its number of spoofed CTV devices and fraudulent impressions to maximize ad revenue in Q4. 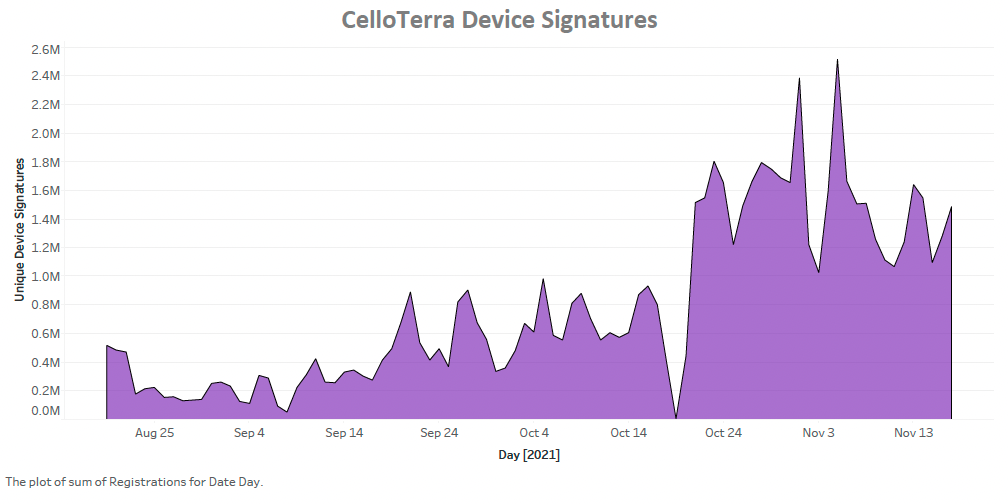 “As advertisers shift budgets to CTV inventory and platforms, the need to understand performance and measurability across the channel is now more important than ever,” added Zagorski. “Given the growing complexity of these schemes — with fraudsters continuously employing new techniques, the entities representing or selling fraudulent inventory may not be directly responsible or even understand that fraud is taking place.”

Fraud Hurting CTV Holiday Performance
One-quarter of advertisers say CTV ads enable higher conversion rates.3 This is especially critical during the holiday season. Last year saw a record Q4 for direct-response CTV advertising, as marketers tapped into the channel to drive holiday sales and revenue.4 However, for advertising to perform, it must be seen by real people. Fraud has a dramatic impact on campaign performance, misrepresenting impressions and undercutting marketers’ holiday investments.

“Advertisers are trying to get the best bang for their buck during the holiday build up,” added Zagorski. “As CPMs rise, the challenge of illegitimate impressions only makes that squeeze greater.”

DV advertisers and partners are protected from both LeoTerra and CelloTerra. For over a decade, DV has stayed at the forefront of combatting new and emerging types of ad fraud, helping to drive media quality and effectiveness. DV’s fraud solutions cover the entire media transaction — from pre-bid avoidance segments to post-bid monitoring and blocking — and extend to desktop, mobile web, mobile app and CTV. DV’s Fraud Lab, powered by a dedicated team of data scientists, mathematicians and analysts from the cyber-fraud prevention community, is also widely recognized for uncovering new forms of fraud and pinpointing the sites, apps and devices responsible for fraudulent activity.

About DoubleVerify
DoubleVerify is a leading software platform for digital media measurement and analytics. Our mission is to make the digital advertising ecosystem stronger, safer and more secure, thereby preserving the fair value exchange between buyers and sellers of digital media. Hundreds of Fortune 500 advertisers employ our unbiased data and analytics to drive campaign quality and effectiveness, and to maximize return on their digital advertising investments – globally. Learn more at www.doubleverify.com.